The cherry blossom season celebrates the beauty of sakura throughout Japan from January to May each year. Locals and tourists alike follow the trail of flowers and festivals marking the beginning of spring across the country.

Known as sakura zensen in Japanese, the season starts with the first delicate blooms in the southern Okinawa islands in late January and moves up the Japanese peninsula until the final blossoms appear in Hokkaido in the middle of May.

Colours range from almost pure white with just a hint of pink, through all shades of pink to deep crimson blooms.

The custom of flower viewing and picnicking under the blossoms is called hanami and dates back to the 8th century. Each year Japanese families watch the forecasts for predictions of ‘blooming time’.

When the season begins, many families and friends visit parks, shrines and temples and picnic amid avenues of snowy blossoms.

It’s a happy and inclusive festival and one that is an important symbol of Japanese culture, representing new beginnings and fresh starts.

The viewing season for each area is relatively short – usually around a week for each tree – and exact times vary depending on the weather, so it’s best to check the forecast dates and best viewing periods.

There are hundreds of places throughout Japan to enjoy the beauty of cherry trees in full bloom and join in the celebrations.

If you’d like some history with your sakura, try Senganen Garden near Kagoshima (late January to early April). It’s the former summer villa and garden of the Shimazu clan.

Designed in 1658, the 50,000 square metre gardens feature historic shrines, ponds, running streams, stone bridges, bamboo, beautiful camellias and flowering plum as well as cherry trees. Most of the sakura open their dark pink blossoms in late January but there are also several different varieties that bloom in early April.

As well as the beautiful gardens there is the Shoko Shuseikan Museum, with a vast collection of documents, maps, ceramics, toys and tools.

There is also a large artillery gun that was used to defend Kagoshima from British troops in 1863. Cat lovers may appreciate the cat shrine - the last resting place of the beloved pets of Yoshihiro Shimazu, the 17th Shimazu Lord. 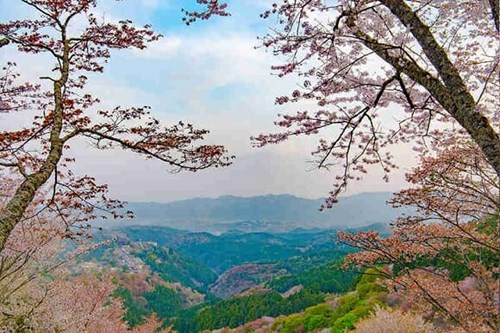 For views, try Tadamoto Park in Okuchi in Kagoshima Prefecture (March), considered one of Japan’s top 100 cherry blossom spots. You can stroll through avenues of pale pink blossoms lit by pink lanterns, or enjoy the beautiful panoramic views of the trees in bloom scattered through the green park from some of the higher places.

Everywhere there are families picnicking on rugs while enjoying the shower of falling petals. For the more intrepid there are small go-karts, just big enough for one adult, for hire. During the festival time, there are also small shops and stalls selling a variety of traditional food and tea.

For blossoms with a cityscape, try Tokyo (April). The Yasukuni Shrine in Chiyoda contains the tree that kicks off the Tokyo season. The path between Keisei Ueno train station and the Tokyo National Museum is a breathtaking floral tunnel lined with red lanterns.

For a touch of ‘old Tokyo’ stroll through the charming streets of Asakusa while admiring the blossoms. Join a Sumida River cruise and view the blooms from the water for a different perspective. 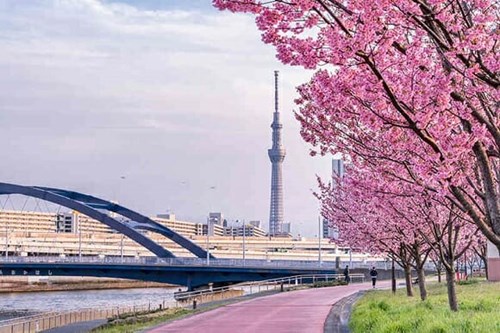 In most areas you can enjoy sake, tea and street food from the many stalls and small shops.

If you love all types of flowers, try Kyoto (April), in particular the Heian Shrine garden, with dark pink weeping cherries, irises and water lilies blooming in the large central pond.

Yoshino in Nara Prefecture (April) is considered Japan’s premier cherry blossom spot. The trees, some 1,300 years old, are scattered across the mountainside with world heritage-listed temples and shrines, a scene of almost otherworldly beauty.

Sapporo (May) is famous for its beer and ramen (it even has a ramen-inspired theme park) but is also one of the last places in the season to view and celebrate the blossoms.

The cherry trees in Maruyama Park begin to flower around Golden Week, and you can enjoy a Mongolian Barbecue party under the trees. Farmers are also harvesting asparagus at this time which is delicious and well worth a try.

Tip: Flower viewing is best in the morning before it gets too crowded. Some places are also open in the evening when hundreds of Japanese lanterns light up the trees.

Tip: Prices are usually high at this time and accommodation can be difficult to find, so book early and don’t wait for deals. 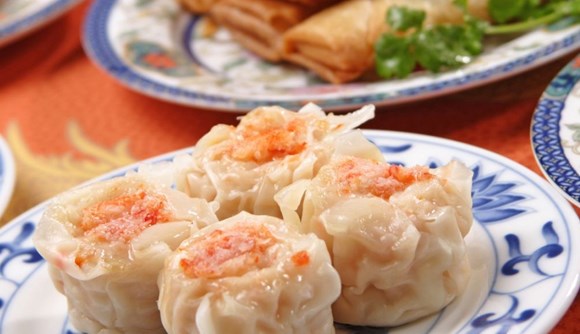 “Have you eaten?” is one of the most common greetings in China and reflects the importance of food in the nati… 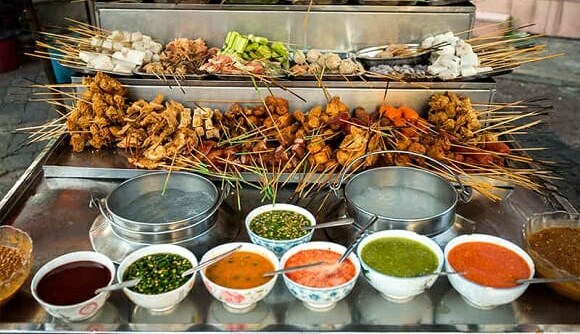 The Ultimate Food Tour of Indonesia

Traditional Indonesian food is mainly rice with a small amount of protein and vegetables. It's also usually s…